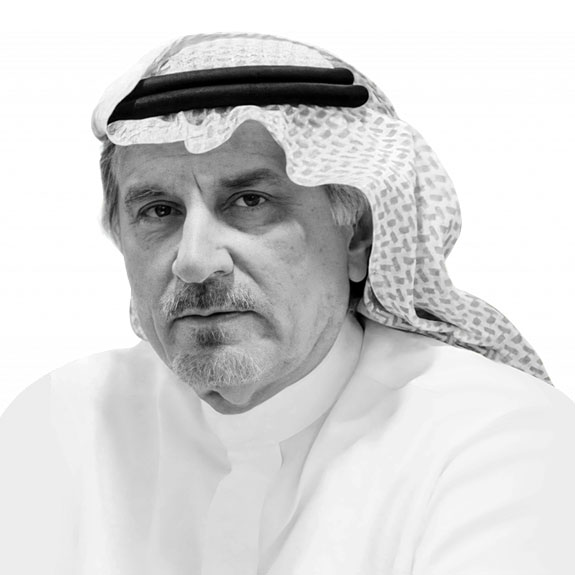 It has always given me satisfaction to read the findings of the ASDA’A BCW Arab Youth Survey. In a region where accurate information and data are hard to come by, the findings, done in a scientific manner, offers a refreshing insight into the mindset of the young Arabs, who live in a society that is part-tribal and part-patriarchal resulting in a top-down flow of the information, ideas and knowledge.

However, things are changing. The overwhelming majority of Arabs are young, better educated and aspire to be participants in a world which is fast changing by the day and where the slow would be gobbled up by the fast.

The challenges that loom on the horizon can try anyone’s soul. And in the Arab region, one has to be a diehard optimist just even to get out of bed in the morning. A bleak outlook encompassing pandemic, economic turbulence, conflicts both within and outside the Arab region requires steady hands and brave minds. But minds cannot function in a vacuum.

They need a conducive societal atmosphere that will energise the young to plan their own vision and follow it to fulfillment by prioritising their needs and striving to achieve their goals. However the optimists among the youth are apprehensive. They want their voices to be heard because they are stakeholders and not mere bystanders, they will be the future players in the region.

And while in the past all major reports and media analysis when writing about youth focus on men, there is now a strong women component in the data analysis. No more plans can be made and goals set, without taking into consideration the role of women.

As a Saudi lady told me years ago “a society that excludes half of its population will wither and die.” And she is right. The gender issue without going into a hotly contested debate is now a thing of the past. It has not been totally erased. However, bold decisions in some of the Arab countries have put to the rest this debate And while the majority of men want participation of women, they believe it should be within the confines of our ideology and culture. After all, the Holy Prophet of Islam (PBUH) worked for a lady Sitti Khadija.

However, what arrested the development of women in both the public and private sector were cultural concerns and fears. Now those obstacles that gave rest to these fears have or are being removed through legislation, new rules and the State’s determination to get on with it.

And this is exactly what happened in Saudi Arabia in the past couple of years. Doors have been opened and access to opportunities granted. This has created a buzz in the society.

Women are now also bread earners and benefitting their families. While some women point to a worsening of gender equality across the region following the pandemic many others dispute this. They point out the rising statistics in the cottage industry, home catering, on-line teaching and even home health care.

I myself am a witness to the rise in such services. Those outside the region who were ‘worried about the plight of Arab women’ need not be anymore.

Nearly two in three young Arab women say they have same rights as men in the GCC. This is primarily due to bold decisions by the governments in the region and by erasing a previous faulty mindset that gave an impression of a chaotic society if women were allowed to participate in all walks of life. Fear of losing the Islamic identity was the ‘Sword of Damocles’ held over the society’s head.

All the changes in the past few years have not made a dent in the women’s identity. On the contrary women believe that Gulf societies ‘should modernise rather than westernise.’

Religion and identity are key elements in the thought process of the youth. And in fact the inclusion and participation of women in the past three years in Saudi Arabia has not caused any social imbalance. In fact males are quick to provide success stories of their women family members.

In essence, the myths of fear and uncertainty have been finally laid to rest. The nature of the modern professional character of the Arab woman has changed due to the change in male attitude brought about by resolute government enforcement that has created a framework helping women achieve acceptance within Arab society.

Untapped potential of Arab women can propel the region to greater development and in turn offer economic rewards. In the light of all this the gender issue fades in the background and people at the corporate, academic and government level are evaluated solely on the basis of their performance and not on gender.

Women are now viewed as professionals and not genders. Their inclusion is no more for cosmetic purposes. After all who was it who said, “The best man for the job is a woman”.

Khaled Almaeena is the Managing Partner of Quartz – Communication Company and Director – Abeer Medical Group. He has held a range of positions in Saudi media for almost 30 years, including as CEO of a PR firm, television news anchor, talk show host and journalist. Highly regarded for his views, Almaeena’s columns appear in Gulf News – Dubai, Asharq AI Awsat, AI-Eqtisadiah, Arab News, Times of Oman, Asian Age, Al Arabia, Makkah and the China Post and the Saudi Gazette. In 1982, Almaeena became the Editor-in-Chief of Arab News. He stepped down in 1993 to head the Saudi Public Relations Company a position he held for five years. He returned to the top editor’s post of Arab News in 1998 and continued until October 2011. In April 2012, he joined as the Editor-in-Chief of Saudi Gazette and continued in the position until the end of April 2014. He was awarded a Doctorate in Humanities from Mindanao University in the Philippines in 2009. He is a visiting non-resident scholar at the University of Central Florida.