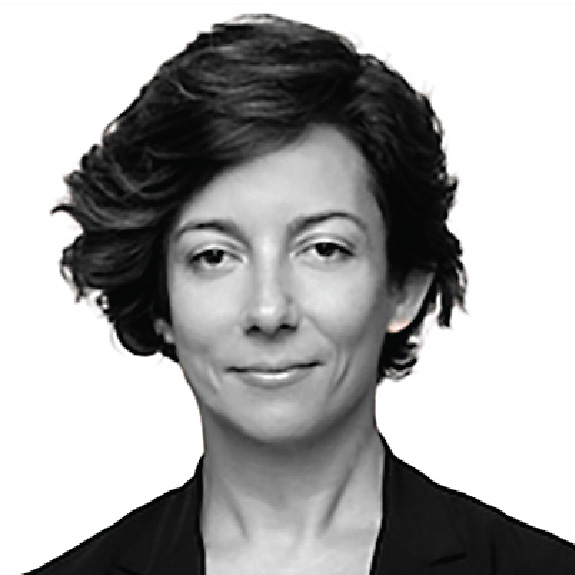 If American influence and power are on the wane as the news headlines proclaim you wouldn’t be able tell from the 2021 ASDA’A BCW Arab Youth Survey of opinion: young Arabs believe the US is still the country with the most influence in the region, trailed far behind by Saudi Arabia and the UAE.

If the talk is all about retreat and turning away from America, the survey shows that a small majority of young Arabs still see America as an ally.

These two data points– taken alone for now– are some of the most surprising findings in the survey.

Even as the Biden administration signals that it wants to de-prioritise the Middle East and focus on the competition with China and even as Saudi Arabia and the UAE take the lead on a large number of policies shaping the future of the region, it is hard to shake off the decades long reality and perception that the US is the key shaper and mover of all things Middle East.

Of course, influence does not necessarily mean positive impact. It can be tied to a sense of disempowerment — or an expression of hope. Some of the countries where the US gets the highest grades as a major influence are those where every move by the US can have a very direct impact on people’s lives or sense of security, like in Iraq (79%) and Lebanon (59%) and more recently Sudan (49%).

Iraq and Lebanon are at heart of the regional struggle between Iran and its allies on the one hand and those pushing back against Iranian influence in the region. The impact of sanctions on Shia militias and political groups like Hezbollah, or the assassination of leaders like Quds force commander Qassem Soleimani reverberate instantly across communities.

Hence the expression of hope. Even as the U.S. withdraws from Afghanistan (though the survey was conducted before the actual withdrawal, it was already on the horizon) and talks about withdrawing troops from Iraq and Syria, the sense of abandonment of some in the region does not shrink the majority of those who still see the US as an ally — in some cases precisely because it is a key player in the policies to confront and contain Iran, which is seen as an enemy by 64% of respondents.

Of note for countries like the UAE, which has signed the Abraham Accords, and Saudi Arabia which has been dancing around the possibility, is that 88% of respondent see Israel as an enemy.

If we unpack the numbers further, comparing it to how Saudi Arabia and the UAE fare in the survey, as well as Iran and China, we can detect interesting trend lines and opportunity for future policy making both by the U.S. and its allies in the region.

China (at 79%) sits at the top of the list of countries considered as allies by young Arabs, just below the UAE, Egypt and the Kingdom (all in the 80 percentile). China’s position in the list is a reflection of both its approach to foreign policy and its history with the region. As Beijing increases its involvement in the region, it is focused on funding large projects, including major infrastructure, from a new capital in Egypt to NEOM in Saudi Arabia and the Haifa port in Israel.

Unlike the US, Beijing steers clear of any values-based discussions around human rights, freedom of thought or elections and its business-like approach appeals to regional governments, as well as the private sector — for now. But as a relative newcomer to the scene, compared to America, Beijing has also steered clear from regional politics, whether the Iran-Saudi rivalry, the Arab-Israeli conflict or the complex Iraqi politics. This has allowed China to avoid America’s fate – loved and hated in equal measures — and allows it to bask in the positive light of an ally. This does however mean that only 11% of respondents believe China has any influence in the region. Sticking to the middle ground in the Middle East could prove difficult in the long term for China.

Beijing’s multi-billion dollar memorandum of understanding with Iran has already rattled some nerves and has been met with dismay by many inside Iran, where people still look to the US for inspiration and hope.

As the US contemplates its competition with China, it should anticipate how this will unfold in the region. Washington should be wary of Beijing’s investments in the Middle East which often put the emphasis on projects that do not tangibly improve the lives of citizens. But Washington can look for ways to coordinate with its regional allies to direct a more positive Chinese input into a region that lags behind on many fronts, enabling the US to build onto this itself as President Biden promises a global version of the Build Back Better program, addressing climate change, gender equity and other key aspects of development.

As Saudi Arabia and the UAE develop closer ties with Beijing, they also know the U.S. remains in many ways irreplaceable. They can therefore lead the way for a smoother competition between the US and China, at least in the wider Middle East, one that helps to address challenges such as Iran’s nuclear ambitions, via the P5+1 negotiations. More importantly they can help set the stage for investments and developments that can truly impact societies, from sustainable employment opportunities to tech advancements and climate change solutions and in doing so empower their citizens and give them a reason to stay in their countries.

Kim Ghattas is a journalist, author and analyst with more than 20 years of experience in print and broadcast media, covering the Middle East, international affairs and US foreign policy. She is currently a contributing writer at the Atlantic magazine and a Non-Resident Senior Fellow at the Carnegie Endowment for International Peace. Previously, she has reported for the BBC, the Financial Times and de Volkskrant. Ghattas was part of an Emmy-award winning BBC team covering the 2006 war in Lebanon. She is the author of ‘Black Wave: Saudi Arabia, Iran and the Forty Year Rivalry that Unraveled Culture, Religion and Collective Memory in the Middle East’ (January 2020, Henry Holt) and of the New York Times best seller ‘The Secretary: A Journey with Hillary Clinton from Beirut to the Heart of American Power’ (February 2013, Henry Holt). Ghattas is a regular commentator on MSNBC, NPR, CNN and others. A dual Lebanese-Dutch citizen, she was born and raised in Beirut. She serves on the board of trustees of the American University of Beirut and is the chair of the board of directors of the Arab Reporters for Investigative Journalism (ARIJ).