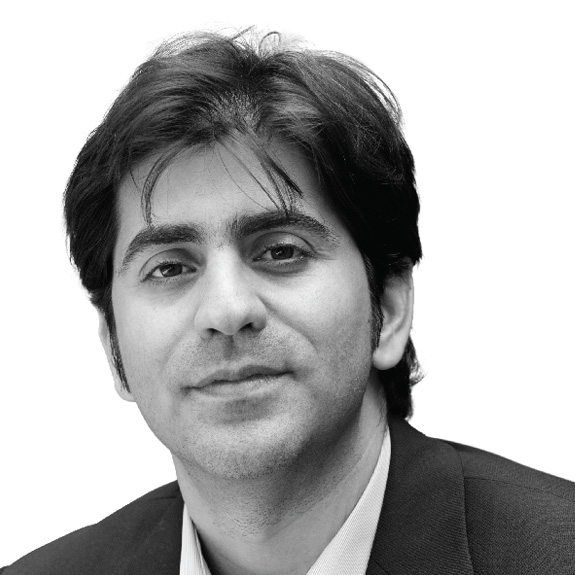 What makes a nation great? Political scientists, philosophers, pundits, and populist leaders regularly debate this question. Economic power, say some. Military might, cry others. Prosperity and freedom, others declaim. A combination of all three, still others suggest.
Let the debate rage on, but two questions that should always be considered are these: how do other people view your nation? And: If borders were free, how many would flock to live in your country? On both of those scores, the United Arab Emirates ranks far ahead of the region in the minds of Arab youth.
The ASDA’A BCW Arab Youth Survey has regularly asked young Arabs the following question: If you could live anywhere in the world, where would you live? For the tenth year in a row, the answer was the same this year: the United Arab Emirates. In fact, the UAE has widened its lead in this category over the number two most sought-after destination to live, the United States (47% vs 19%). Coming in third, fourth, and fifth respectively are Canada (15%), France (13%), and Germany (11%). The UAE’s lead is all the more striking given that not a single Arab country made the top five of aspirational places to live.
The AYS also asked Arab youth across the region another straightforward question: which country in the world, if any, would you like your country to be like? Once again, the answer has been the same for the past decade: the UAE. Some 46% of Arab youth chose the UAE as their model nation, while 28 per cent chose the United States, followed by Canada (12%), Germany (12%), and France (11%). The US narrowed the gap with the UAE slightly in the “model nation” category, but it’s still a distant second.
These are striking numbers that deserve wider attention. After all, if a British football club won the Premier League ten years in a row, or a company achieved a decade of industry dominance, or a tennis player won ten Grand Slams in a row, we would all sit up and take notice. A cottage industry of ‘lessons learned’ books and articles and conferences would emerge.

Learning from the UAE’s leadership

So, what are we to learn from the UAE’s leadership in this category over a decade? Let’s start with what Arab youth say about the country. When asked what they associate with the UAE, their answers fall into what might be categorized as two buckets: opportunity and stability.
The top five things that Arab youth associate with the UAE are: “a growing economy” (28%), “a wide range of work opportunities” (28%), “a clean and enjoyable environment” (25%), “generous salary packages” (23%), and a place that is “easy to start a business” (17%). They also cited high-quality education, respect for cultural traditions, a good place for expats, while also noting that they saw it as expensive and difficult to get a residency visa.

A pragmatic generation
What do these answers tell us? Over the past 13 years, a perennial theme of the ASDA’A BCW Arab Youth Survey has been the story of a pragmatic generation, unswayed by the chest-thumping populists, eager for opportunities for work and self-betterment, and hungry for changes in the dysfunctional systems that pervade their governments. While some have described Arab youth as “the burned generation” – burned by poor governance and mismanagement and predatory rulers and corruption – it’s also a pragmatic generation with energy and vision and creativity that can not only change their own country, but the whole world – if given an opportunity.
Over a quarter of a century, I have visited the United Arab Emirates regularly, and have come to appreciate its role as a lodestar for aspiring middle classes and educated professionals from Cairo to Karachi, from Durban to Delhi. Across the Arab world, Dubai is the place where you might get your first big consulting job, or scale your start-up, or launch your graphic design firm. In Abu Dhabi, you might find a job in a world-class financial or healthcare or educational institution, building your first networks, growing your confidence, and catapulting you to your next job.

The UAE is a lodestar
If you compared most global polling to the Arab Youth Survey, you would see striking similarities in outlooks, aspirations, hopes, and fears. Young people around the world want better governance, less corruption, opportunities for education and employment, and secure and healthy environments. While it’s hard to gage the relative “nationalism” of this generation of youth, one thing is clear: there are few traces of exclusivist, blood-and-soil nationalism.
When asked about a “model nation,” the UAE finding fits consistently with the response to where one would choose to live. The reality, however, is that it’s difficult for any nation to choose another as “a model.” There are aspects of the UAE experience that could benefit Egypt or Sudan (two countries where youth overwhelmingly favor the UAE as their preferred living destination), but socio-economic and population and historic differences far outweigh simple models.
Rather than look for models, however, the world needs lodestars, and the UAE has emerged as one. Every region also needs intense competition, and a leader of the pack. The UAE has clearly raised the bar across the region as it has emerged as a global economic hub for trade, transport, tourism and, increasingly, technology. Riyadh is eager to take on the UAE in some of these fields, as are others across the region. Let the competition begin: this will be good for the entire region.
Maybe, one day, the UAE will even be knocked down the list of places where Arab youth would like to live, by a rising Arab world country. That, too, should be welcomed as a sign of success for a region – and a youth – who surely deserve it.

Afshin Molavi is a Senior Fellow at the Foreign Policy Institute of the Johns Hopkins University School of Advanced International Studies in Washington DC, where he writes broadly on emerging markets, Middle East political economies, the New Silk Road, and the intersection of geopolitics and the global economy. Molavi’s writings over the years have appeared in the Financial Times, The New York Times, Foreign Policy, Bloomberg View, The Washington Post, Newsweek, Businessweek, Journal of Commerce, National Geographic and Institutional Investor, and he has been a regular guest on CNN, BBC, Al-Arabiya, Sky News Arabia and other channels. He is the founder and editor of the Emerging World newsletter.