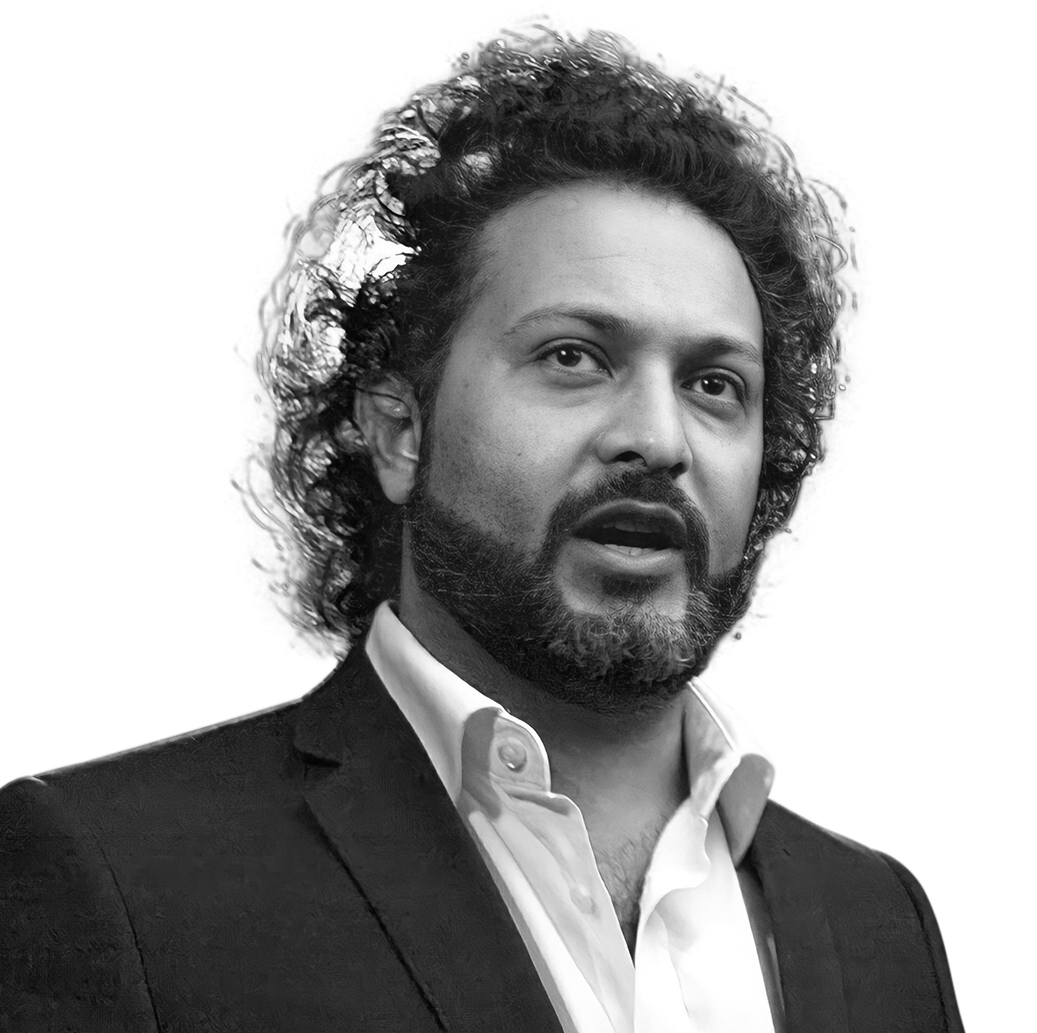 In the autumn of an extraordinary year, the ASDA’A BCW Arab Youth Survey has delivered a surprising and unexpected finding: in the midst of so much tumult, young Arabs across the region are more optimistic about the future than they have been for years. Measured among all the countries surveyed, a majority, 60% believed their best days were ahead of them.

This is surprising and inevitably the findings varied by geography – young Lebanese, surveyed in the midst of the worst financial crisis for a generation, were least optimistic. Yet in almost every country, young people were more optimistic this year than they were last year, despite this being the first Arab Youth Survey to be conducted in the midst of the pandemic. (Last year’s took place before the region was overly impacted.) As such, the survey gives an insight into how Arab youth feel at a moment of immense change – and perhaps even renewal.

It bears repeating that young Arabs – those between 18 and 24, who were the focus of this research – are the majority demographic across the region. The Arab world remains overwhelmingly young. All the more reason, then, for businesses, governments and individuals to understand what they think – and understand where the roadblocks to their success and advancement are.

The most interesting part of reporting on the politics and policies of the Middle East is how similar the major issues are to every other part of the world, despite the prevalence of such extraordinary events and long-running conflicts.

An intriguing finding from this year’s Arab Youth Survey falls squarely in this category: that around half of young Arabs say they will lead a better life than their parents. This is an enormously positive finding, and provides a guiding principle for why young Arabs have such hope for the future.

This idea of generational progress, that each generation does better than the one before, is an essential part of modern politics. In most societies, it is a foundation of the social contract.

In the west, that social contract may be broken for the first time for this rising generation – and young people know it. The burden of insecure work, expensive housing, debt from education and the high cost of living have combined to make young people pessimistic. In survey after survey, for at least the past decade since the global financial crash, a majority of young people in the developed world have expressed the belief that their lives will be worse than their parents. In the developing world, that optimism remains.

In the Arab world, this issue is complicated by geography. Some parts of the region are developed, others are still developing, and many are marred by conflict. It is also complicated by politics, and by differing political systems – although the survey suggests around half of young Arabs still feel at least their country’s economy is going in the right direction. Overall that optimism remains – and, as this year’s survey shows, has risen from last year.

What then are the obstacles to fulfilling this outlook? What could stand in the way of such optimism and hold the youth of the region back from achieving their desired success?

Here, just as the Arab world is most positive on that bread-and-butter political issue of generational progress, so the obstacles are ‘kitchen-table issues’ that will be familiar to most societies.

Four in particular stand out and make for sobering reading: the cost of living, the costs and quality of education, unemployment, and – that perennial issue in the Arab world – the pernicious role of ‘wasta’.

Impact of the rising cost of living

It should be no surprise that, in the year of the pandemic when businesses and employees were put under enormous strain, the rising cost of living is at the very top of the list of concerns for young Arabs. But it is more concerning how stubbornly high that concern has remained, hovering around 90% since 2018. Inflation affects the cost of all aspects of the economy, but young adults can feel it keenly because a higher percentage of their salaries go on the essentials.

A key part of feeling the cost of living is too high is personal debt, and here the survey shows a majority of youth in every part of the Arab world are concerned about their levels of indebtedness. But the most common reasons for going into personal debt are intriguing.

In the Levant, it is education, perhaps reflecting a limited range of low-interest government loans specifically for higher education. In North Africa, it is business loans – again, a reflection of the high number of North African youth who say in this survey they want to start their own businesses.

In the GCC, it is car loans – but even this isn’t solely an issue of conspicuous consumption (although sometimes it very much is) but a question of policy. Given how spread out many of the cities of the Gulf are, and the still developing public transport network, owning a car is usually a necessity.

What comes out clearly from the survey is the need for educational reform, both in terms of what is taught and how it is financed.

The reason governments should listen closely is because the survey is focused on teenagers and young adults, so it covers those still in education and those just leaving for the world of work. Few will know better what they are taught and whether they feel properly equipped for employment.

The same goes for the role of ‘wasta’, which again comes up as a major concern more than once. Wasta is a complicated concept that permeates many relationships across the region, but as it pertains to education and employment, it is usually negative. If young adults are so concerned about it, it is because wasta is often the cause of corruption in their dealings with government bureaucracy and nepotism in their dealings with employers.

The type of employment

All of these are hard political questions. But none are harder than the question of employment, which is both a major concern for young Arabs and the aspect that will most directly determine their futures.

The pandemic has inevitably affected the region, although the richer eastern Arab world has fared better. Still, few have escaped unscathed: that a third of Arab youth have either lost their job or had a member of their family lose their job due to the pandemic is startling.

In terms of what kind of work they aspire to, entrepreneurship is still a big draw for youth, but government jobs continue to hold an outsize appeal – especially in the Gulf, where nearly 60% aspire to work for the government. This trend goes against what most governments in the Arab world want, which is a smaller public sector.

The size of the public sector is a constant theme across the region. Most Arab countries are trying to implement two contrasting policies at the same time: shrink the public sector and lower the unemployment rate. In practice that means moving those working in the public sector to the private sector, which isn’t always an easy thing to do.

Among the Gulf states, unemployment is less of an issue, but there the issue is “localisation”, ensuring that Gulf nationals are working across the economy. (Localisation is more usually known as Emiratisation, Saudisation etc.) The political pressures are similar, because Gulf governments usually employ the majority of their nationals, so localisation also means moving nationals from the public to the private sector.

When it comes to Arab youth, there is an opportunity to get young people leaving education to move directly into the private sector, rather than – as happens too often, and as the survey itself confirms – waiting for a government job for its perceived perks. In the Arab Youth Survey, young people themselves offer ways this could be done, suggesting offering start-up loans to reduce the financial risk, and bringing in entrepreneurial education into the schools system

Make the ‘Hope for the Future’ a reality

Four obstacles then, roadblocks to the fulfilment of the optimism young Arabs feel. All are bread and butter political issues that can be solved with clever politics – and fortunately the survey shows young Arabs still have faith in governments to fix many of these problems.

The ASDA’A BCW Arab Youth Survey isn’t all about politics. The survey, as the following pages show, also asked young Arabs wide-ranging questions about the media, shopping, family relations and the wider world. Yet politics can help create the environment in which all those aspects of society can thrive.

This year’s survey is called ‘Hope for the Future’. There is, certainly, a boundless ingenuity, enthusiasm and optimism in the region, particularly among young people, and that comes through in the survey. What remains is for governments, businesses and individuals to find ways to make that hope for the future a present reality.

Faisal Al Yafai is a journalist and partner at Hildebrand Nord in the UK. He was previously an investigative journalist for The Guardian in London and a documentary journalist for the BBC, and has reported from across the Middle East, from Eastern Europe, Russia and Indonesia for prominent media platforms.